Migration, identity crisis, an epidemic, Brexit – among other topics, László Trócsányi gave a presentation on these issues which are currently affecting the European Union, on the second day of the VII Friends of Hungary Conference. The former Minister of Justice compared the historical experiences of Western and Central European countries and partly explained the conflicts within the European Union. Trócsányi also stressed that the Hungarian government firmly rejects centralization efforts within the EU.

This article was originally posted on our sister site, Ungarn Heute. Translation by Júlia Tar.

The Fidesz MEP recalled the year 2004 when Hungary joined the European Union, and as Hungarian Ambassador to France, he celebrated this in Paris. 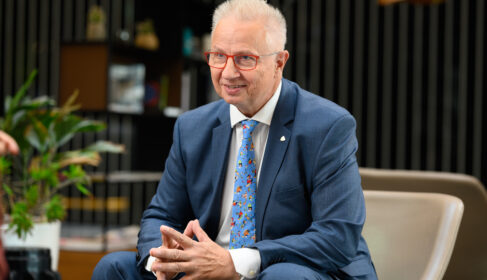 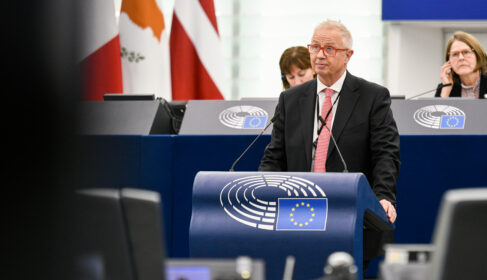 “It was a nice evening, but there was one problem: the ambassadors of the 15 countries who were already members of the community, did not celebrate with us, they were not present. And later came the slaps. Not for Hungary, for Europe,” the politician stressed.

Trócsányi then reviewed the crises of recent years. First, the rejection of the European Constitutional Treaty, then the Greek crisis, when the eurozone faltered. Later, he said that “Europe has been unable to deal with migration”. He said there was complete division and confusion in people’s minds. To this, the former minister said, Central Europe “due to its historical origins, reacted differently from Western European countries.” The next crisis was Brexit, followed shortly afterward by the coronavirus epidemic on the continent.

“The European Parliament was still talking about plans for the next 25-30 years when the coronavirus had already appeared in Europe- when people were already dying in Italy. And for a long time, there was not even a vaccine.”

Trócsányi then spoke at length about the identity crisis, which he said “wants to reassess historical events,” even though every country has a past, present, and future.

“We are living in a union of past, present, and future” a unity which does not exist at the European level because “the past is confused – the Franco-German war has defined Europe’s problems for centuries, which means that we have no common past to be proud of.”

“A national constitution has something to say, the European treaty has nothing to say,” Trócsányi stressed, adding that “this is also the reason why you cannot impose “one way of thinking” on a continent of 500 million people.

As an example, he cited Hungary’s “traditional institutions: family and marriage, which have already been transformed in Western Europe. The difference is that we defend them as institutions, and they see them as a legal concept.

Migration is also an identity crisis. Some people see it as a labor force, while others say that we should go there to help and provide assistance.

At the same time, a kind of “centralization” has been taking place in Europe, with the European Parliament gaining more and more power and leaving less room for the European Commission.” In other words, the fate of the European Union is becoming a party political issue. This would be served by the so-called “transnational list,” to which Hungary “naturally objects,” as it does to the vision of a United States of Europe. In his view, the competitiveness of Europe should be the first priority, as well as the “green transition.” But the latter should not be at the expense of the central European states.