If we look only at the last twenty years or so, it can be stated that, if a referendum on the EU was held, the results for European leaders were unexpected. France and the Netherlands rejected the European Constitutional Treaty with a high turnout, Ireland formerly twice opposed amending European treaties, and finally the Brexit referendum in 2016 sealed the negative process. 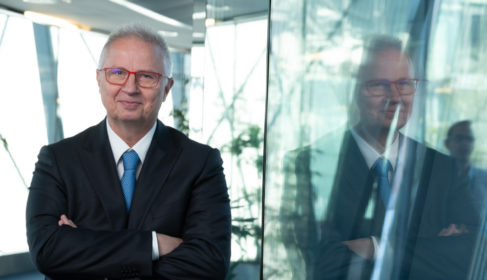 MEP Trócsányi: The Conference on the Future of the Europe as a Trojan horse

Opinion article regarding the Future of Europe - published on Europe-day. 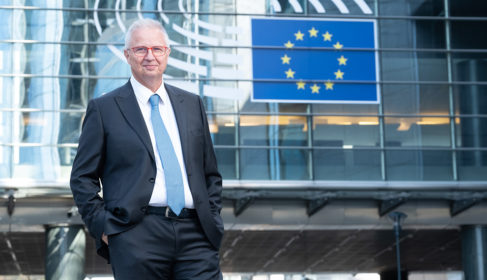 I. Introductory remarksEurope is our cradle that has provided homeland to our communities to flourish for millennia. Europe is our […]

The Hungarian referendum on migration, although legally unsuccessful, showed that the majority of voters rejected the migration policy advocated by the EU. All this proves that there is a problem in Europe and a gap between the European decision-making elite and the citizens. Confidence has wavered. In turn, the offended elite accuse those who are interested in public opinion on the European Union of populism.

However, what do European citizens see, why are they going against EU expectations? They see the European Union adopting, over and over, incomprehensible and superfluous legislation on cheese, chocolate, or toilet tanks. Legislation that does not make life easier for citizens and companies. Subsidiarity, as well-sounding as it may be, can only be realized in theory, and instead we witness the unnecessary zeal of EU officials. Citizens also see a falling sense of security, delayed or bad European responses to terrorism, and mass migration. In Western Europe, even the right to free movement and the Schengen acquis are called into question because of insecurity.

The ‘Polish plumber’ and the ‘Romanian and Bulgarian Roma’ appear as negative adjectives. Citizens can also see and feel that their financial situation is deteriorating or stagnating. In France, the Yellow Jacket movement is ready to voice their views on this, even violently.

People’s well-being is not good. In such an atmosphere, a portfolio has been created to promote (in its name but protect in its content) the European way of life. Europe is not seen by citizens as a hero, as US citizens see in their own State. In fact, the new portfolio should be about restoring confidence. If confidence is not restored, the gap will widen and we will witness further unexpected turns.

However, the European way of life is not an easy concept to grasp. Is there a single European way of life at all? Book XI in the Confessions of St. Augustine argues that our present is nothing more than a mixture of our memories and our expectations. We have common roots that unite us and denying that would be a sin.

The Ten Commandments, Greek philosophy, Roman law, Christianity, Enlightenment, human dignity, and respect for rights are all factors that unite the citizens of Europe. But we have differences that are made up of different national identities. We have values related to our identity, the protection of which is the primary responsibility of state institutions.

In French public legal thinking, there is a growing number of judicial decisions to protect the immaterial public order. Maintaining public order is not only a concept of police and public security, but there are social values that hold the community together and need to be protected if they come under attack.

Identity and protection of values are primarily the responsibility of national constitutional courts and lower courts, but European institutions must not be indifferent to our values. The promotion or defense of the European way of life must be based on the protection of identity. We need to strengthen internal cohesion, respond to what keeps the peoples of Europe together, and ask why we are forming a close community. What are our common roots, how do we move forward together? This is how we can strengthen our European identity.

The lifestyle of European citizens also requires them to live in safety, which is – incidentally – a fundamental right. Today Europe’s role in world politics has changed. Whereas in the past, Europe has spread its culture to other parts of the world, today, other cultures are roaring at the gates of Europe and citizens’ sense of security seems to be disappearing. Parallel societies are emerging; integrating immigrants is more a failure than a success. This fact can be concealed and the question swept under the rug, but the facts still are facts.

If we want to strengthen our sense of security in Europe, we must strengthen the protection of the external borders of the European Union and adopt a migration policy that does not encourage it, keeps it within bounds and, while maintaining the sovereign right of each Member State to define the methods of their participation in European solidarity.

We also have duties in the European Parliament. As part of the series of conferences on the future of the European Union, we must address real issues. Promoting and protecting the European way of life should not cause fear. The aim is to restore the confidence of the European public in European construction, and this can be helped by the newly created portfolio.

The author is a Member of the European Parliament, university professor.

Sign up to our newsletter below and receive the latest news from the
Fidesz delegation in the European Parliament.